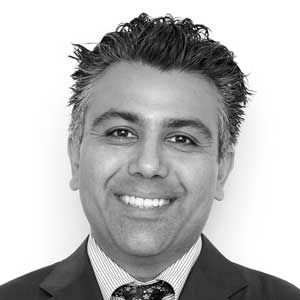 Dr Jason Maani is an experienced General, Upper GI and Bariatric Surgeon practicing in the eastern suburbs and inner south of Sydney.

Dr Maani is a fellow of the Royal Australasian College of Surgeons. Upon completing his undergraduate degree in medicine at the University of Auckland, Dr Maani settled in Australia and began his specialist training in General Surgery at the Royal Melbourne Hospitals and Peter MacCallum Cancer Centre in Victoria.

After qualifying as a general surgeon he commenced sub specialist training in Upper Gastrointestinal surgery at Sir Charles Gairdner Hospital in Perth and following this he pursued two years of training in Advanced Laparoscopic Upper GI and Bariatric Surgery as well as Research Fellowship at St. George Public & Private Hospitals in Sydney where he now practices as consultant.

He is passionate about a holistic approach to sustained weight loss and has pioneered work on outcomes following bariatric surgery.

Dr Maani is located in our Miranda and Wollongong clinics.

He is a member of ANZGOSA and OSSANZ and continues his research pursuits through UNSW. He keeps abreast with developments in the field of Minimally Invasive Upper GI surgery, attending conferences both in Australia and Internationally.

He aims to provide unhurried personal care for his patients, combined with the best of modern medicine.